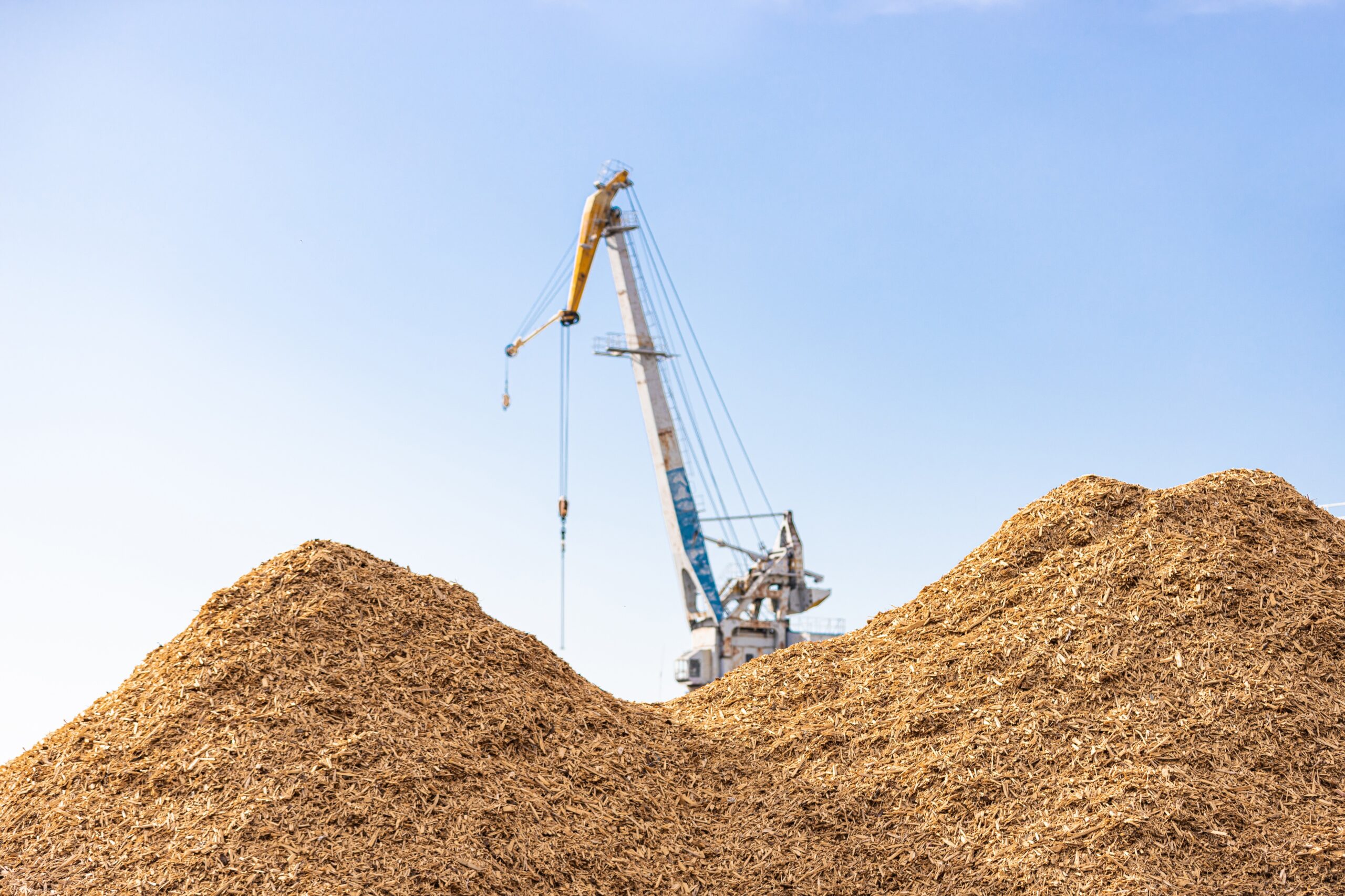 The global energy supply system is currently in transition from a centralized system dominated by dispatchable fossil-based sources to a system that is based on renewable but variable energy sources. Optimising the stability and cost-effectiveness of such a future system requires seamless integration and control of various energy inputs. The role of energy supply management is therefore expected to increase in the future to ensure that customers will continue to receive the required amount of energy at the required time.

In countries where wind and solar are expected to play a dominant role in the energy transition, integration of these variable energy sources with the power grid places pressure to the reliability of grid operation as the supply of the power from renewables is variable and non-dispatchable. This has led to discussions on how to balance the grid. Furthermore, often the renewable electricity from wind or solar is provided in times when demand is low and the electricity must be stored, requiring expensive storage systems or even curtailment of energy, potentially leading to economical inefficiencies. Bioenergy can be an option to relieve the pressure from system level management of the grid by making the grid more stable. In this respect, bioenergy has the potential to play a key role as a stabilising element in a future power system dominated by renewable energy.

While mainly focusing on integration of biogas, district heating and electricity distribution networks, a lot of project states that the energy market will transform from an energy optimized system to a capacity optimized system when the share of intermittent or uncontrollable electricity becomes large enough. The projects concludes that bioenergy could contribute more than it already does to balancing future grids.

When looking at the longer term – after 2035 – nuclear energy is being phased out and residues from the emerging biorefineries may require biomass-based CHP to partially fill in the resulting demand for dispatchable capacity. Emerging Bioenergy Carbon Capture and Storage technologies may depend on biomass combustion as a cost-effective means to reduce atmospheric CO2 concentrations.

Other dimensions differentiating the various systems could be identified, for example district heating penetration, demand seasonality, level of market integration (interconnection). It is evident that the role biomass can play in the system, as well as the design and flexibility requirements of the power plant, are strongly affected by the inner characteristics of the archetype.

In the framework of this analysis, the focus has been placed on a thermal-dominated system and Central Europe, more specifically for example – Germany, has been chosen as a representative for the archetype. By utilizing the Balmorel model, a fundamental model of power and heat systems reproducing the market dispatch and development of generation fleet in the future, the study will try to assess the role of biomass in the future for the archetype selected. Future studies will potentially explore the viability and role of biomass in other archetypes.

The German power system has been chosen as a thermal-dominated archetype based on its main characteristics. In 2018, the vast majority of the annual power demand has been covered by thermal plants, namely coal (38%), Nuclear (13%), Bioenergy (8%) and Gas (8%) .

In recent years and thanks to a steady public support in terms of direct subsidies, the amount of renewable energy in the system, especially wind and solar, has been surging (Figure 1). This effort towards higher deployment of renewable energy are part of a planned transition to low carbon called Energiwende (German for energy transition).

As part of this plan, especially after the Fukushima accident in Japan, Germany also decided to phase-out their nuclear generation by 2022. As of 2019, already half of the nuclear reactors has been decommissioned. More recently, in January 2019, a government-appointed commission in Germany announced a plan to decommission all coal power plants by 2038, following similar announcement by European governments.

As for the district heating, around 1400 systems of various sizes exists in the country, for a total connected load of 57 GWth. The largest systems are those supplying the main cities such as Berlin, Munich, Hamburg, Dusseldorf and others. Around 13% of the electricity producing units are CHP, which also constitutes around 84% of the district heating supply.

The German power system is also largely interconnected, given its central position in Europe. Main connections with France, Austria, Switzerland, Belgium, Netherlands, Denmark, Poland, Czech Republic allow Germany to act as a de-facto power hub of central Europe. However, internal bottlenecks mainly between the north and the south limits the amount of power that can be transmitted along that axis.

As a final note, it has to be mentioned that the utilization of biomass for direct combustion in power plants has been largely debated in Germany. The Energiewende does not put a lot of focus on biomass toward direct firing in thermal power plants, but rather on concentrating the use of bioenergy in other sectors with less alternatives available, such as industry and transportation. In fact, of the annual 150 MW auctioned for support, already a low number considering the size of the German power sector, only around half have been assigned this year and even lower numbers have been experienced in the previous. This testifies both a moderate ambition toward the sector and low competition in the industry.

There are two scenarios, Reference and Biomass+, have been simulated using the Balmorel model for the European energy system with focus on Germany as a part of this system for the years 2020, 2030 and 2040. The Balmorel model enables analyses of the evolution of the combined heat and power sectors by calculating the least-cost solution for investments and dispatch by means of linear optimization.

The Reference scenario, characterized by current preconditions and assumptions that represent the best estimate of future demand, fuel prices, CO2 costs, investment costs, etc. shows very limited biomass-based electricity generation capacities and generation in 2040 in Germany and Europe more broadly while coal still plays a significant role. Not only biomass, but all technologies in the power sector will be challenged by increasing competitiveness of wind and solar generation.

The model results show that there is a need for “firm and dispatchable” power” in the electricity system. Gas, coal, biomass and to a certain extent nuclear technology are in this category. However, due to increased utilisation of hydropower, increased flexibility in demand and increased crossborder market- and sector integration, the demand for firm and dispatchable power technologies will decrease. If storage technologies gain momentum – this will drag in the same direction.

In the Biomass+ scenario, a more favourable framework for the deployment of biomass has been simulated by assuming two main drivers compared to the reference: a doubled CO2 price by 2040 and a biomass feedstock price lowered to half from 2020 onward. The calculations for 2040 show that a substantial investment in biomass-based generation capacity has taken place and that this capacity is allowed a high number of annual operational hours.

It can be concluded that the existing and estimated future market conditions alone will not be able to drive any substantial amount of thermal biomass power into the German energy system up to 2040 due to competition with existing fossil fuel plants and cheap wind and solar investments.  Special framework conditions and/or low feedstock prices are needed before significant investments in thermal biomass power capacity and a high number of operational hours will take place.

Given high CO2 prices and low feedstock prices, thermal biomass plants substitute coal and gas and some PV generation in Germany. In case of enabling conditions for biomass to be more competitive, the role of biomass power plants is to provide baseload generation in substitution to other fossil fuel plants like coal and lignite, while system flexibility services would be primarily delivered by more responsive hydropower, pumped and other electricity storages, and gas-fired power units. 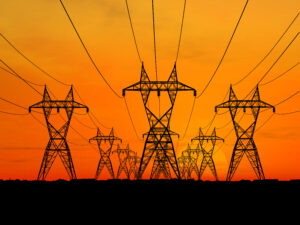 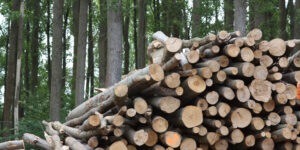 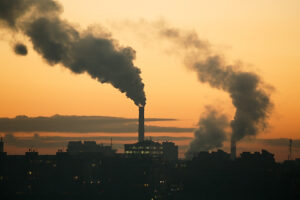